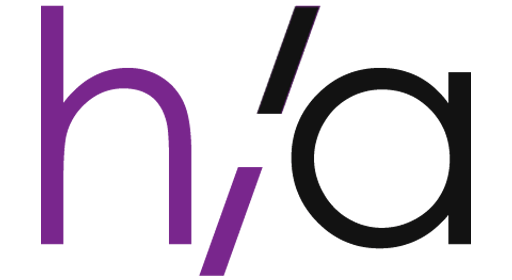 This blog post might sound similar to all the other articles about how to close more deals for your business with unrealistic techniques.

I understand that you might say, every negotiation is different, and one technique can’t be applied to all of them. But, just hear me out because this technique has continuously worked for me in various situations and I have no doubt it’ll work for you too.

What I’ve used in the above paragraph is the technique that I’m about to explain to you. If you’re still reading this post, then it means that I’ve got you interested in learning about how you can close more deals for your business; your mind is more relaxed and you’re willing to engage with this blog post.  As a matter of fact, 55% of visitors read posts for more than 15 seconds!

This article will explain what this negotiation technique is, why it is useful and, how to use it to close more deals for your business.

Negotiation Technique: What is Labeling?

You might have heard the phrase “walk a mile in the other persons shoes” in order to relate and understand their situation so then you are able to break down their doubts and their guards. As much as this technique can be seen as very effective, the Labeling approach takes it to another level.

Labeling is an approach when we verbalize and validate someone’s emotions by calmly and respectfully repeating these emotions back to them. (Book suggestion: Never Split the Difference by Chris Voss)

Now that I have explained what the Labeling technique is, you may realize that I used this exact technique at the beginning of this blog post. In the introduction I verbalized and validated your emotions (or what I thought your emotions would be) by saying that you might think this is another unrealistic technique. I was respectful and non-judgmental.

Before I explain how you use this technique to close more deals for your business, let me explain some human psychology behind this approach and why it is useful.

From previous studies as well as human brain imaging taken by psychology professors and scientists, it has been confirmed that we humans react to extreme environmental changes, radical ideas, and intense facial expressions by fear generated in the amygdala. This is the collection of cells near our brains’ base. So, when we are offered new ideas and deals, most of us get in a defensive mode generated by our fear within the amygdala, which then increases the likelihood of rejecting these ideas and deals.

On the order hand, when we are asked to think about our emotions and label them, the cellar activity within our brain moves to the rational thinking areas, the Prefrontal Cortex. Meaning that labeling emotions (verbalizing the fears) decreases the intensity of the emotions.

Let’s simplify the above. In order to convince people, you need to firstly break down their defensive shields as well as their negative thoughts and fears. And the way to do that is by initiating the process of labeling their objections, doubts, and negative emotions by verbalizing them. When these emotions are correctly revealed, people will automatically think about them, label themselves, and slowly move towards rational thinking. Once they are within their rational thought, then rational solutions can sell.

The main reason why people don’t make deals with others is because their defensive barriers are too high. This means that occasionally even the best deals cannot overcome the barriers. People reject others’ deals mostly because emotionally, they’re feeling negative about them and not because the deal itself. So, to have any chance of closing a deal, you need to first break down these defensive walls to tap into your counterpart’s rational thinking state. If your product or solutions is rationally viable, then you’re good to go after that.

Close More Deals for Your Business: How to Use The Labeling Technique Properly?

There are 5 steps in how to use this technique in any given situations:

You might say, what if I don’t label the correct emotions and doubts. This could happen since we can’t really observe others’ internal states 100% accurate. What you can do is to step back, and say “I didn’t say that was for sure. It just seems like that”. Pause, and let your counterpart correct you by labeling their doubts and emotions. If they label their own doubts at the end of the day, they have moved to their rational thinking part of their brain.

The above technique might sound manipulative and raise questions as to whether it is clean or not. This goes for any technique, in any form. However, what makes it either genuine or manipulative in the intention. You can use this method to raise funds for a charity organization or use it to rip people off by providing useless products or services. You can use this process to help people in their lives or use it to destroy them. It really traces back to your intention.

This technique really teaches us that, to have a voice and be effective in our community, we need to eliminate each other’s fears (animalistic part) and ignite the rational thinking part of our brain (conscious part). By labeling the fears and doubts without judging people, we let them look inwards, observe their emotions, and eventually be more present and conscious within interactions. And remember, to overcome others’ ego (fears and doubts), you need to overcome your ego first.